The Christmas Ship Parade started in 1954 with one lone sailboat from Portland Yacht Club.  Bows of green with some ribbon where tied along the rails and it paraded on the rivers.  The next year the parade started to grow.  Today,  The Christmas Ship Fleet averages about 55 to 60 boats between the Columbia and Willamette River fleets.  Things have changed from the first lone ship.  Now the displays are brightly lit and can be seen from bank to bank on each river.


The Portland tradition packs restaurants along the two rivers.  Many reservations are made a year in advance.  Many hotel rooms are booked by mid-summer.  Corporation Christmas parties are scheduled around the Christmas Ship Parade schedule.  By the thousands every night regardless of the weather Portland-Vancouver residents line the banks of both rivers to watch the parade.  To show their appreciation for the all volunteer effort and the performance they give, many homes and cars along the way flash their porch and headlights as the fleet passes.

Each boat owner designs and builds their lighted Christmas display and pays their operating costs which includes fuel.  Many of the displays can be seen each year, but new boats join the flotilla each year and bring with them new Christmas oriented lighted exhibits. As skippers retire, they also hand down their well known displays so the tradition continues.  Even though not all boats make it out every night of the two weeks the ships parade on the rivers of Portland, most do.  For many of the boat owners, this is a family Christmas tradition, offering the Portland area thrilling Christmas time parades.  Many of the operators also have small private parties for friends and families aboard their vessels during the parade.  All costs are borne by the owners.

Weather is the only element that will cancel the ships performance. That determination is made by the leaders for the evening about a half hour before the ships are scheduled to begin performing.

Some restaurants and hotels along both rivers, and private citizens, donate to the insurance fund for the lead boats each year.  Minimal administrative costs for the year are paid from the fund. Christmas Ships, Inc is a non-profit corporation.

Thanks to Oregon Lifestyles and Makai Ohana Video Productions for the use of this video.

Thanks to KGW-TV, Newschannel 8 for the use of this video.
back to top 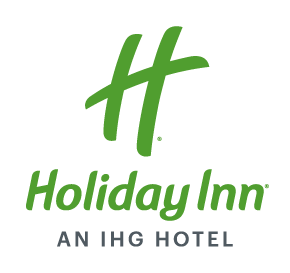